The Essence of the Project

Establishing an underwater exhibit underscoring the fight against violence against women, inspired by the paintings of the late Maya Wisniak - to be called "Waves of Maya".

In 2020, 25 women were murdered in Israel, with the youngest being only 19 years old. Among those murdered in 2020 was the late Maya Wisniak, a 21-year-old woman who, according to the indictment, was strangled to death by her boyfriend on 16.5.20.

Maya was a talented young woman, a gifted student, painter, jeweler, played a number of instruments, and a scuba diver. She was full of dreams and plans that were cut short by her shocking murder.

Who is behind the project? 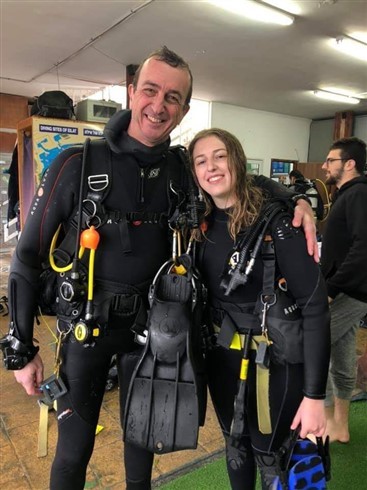 We all knew Maya personally for many years, and were privileged to enjoy her company above and below water.

Following Maya's murder, we decided to act and create an exhibition that would raise awareness of the issue of violence against women and raise a cry for those whose voices can no longer be heard, and for those who live their lives under a daily threat of violence.

On November 25, 2020, on the International day for the Elimination of Violence Against Women, we established a temporary underwater exhibition that was set up in Eilat, in the Red Sea.

This event was launched under the title "Divers Against Violence", sponsored by the Israeli Diving Federation, which came together to help and carry out this project.

The exhibit included plaques with the names and photos of all the women murdered in Israel over the past year, which were placed underwater. At the end of the day the signs were collected and taken out of the sea.

This time, the project is designed to stay underwater.

The exhibit will be installed on one of the "balconies" surrounding the pillars on the northern pier of the Katza beach in Eilat, as part of a scientific experiment to encourage animal settlement in sea. The site, with pieces of the exhibit at varying depths, will be accessible to both swimmers and scuba divers.

The exhibition is a ceramic work of about 10-11 "waves" inspired by a painting by the late Maya Wisniak, designed and produced by ceramic artist Ruth Hazi.

The complete work consists of ceramic waves placed on a ring, which will be assembled in the water around one of the balconies installed on the pillars of the northern pier in the Katza area, effectively creating an artificial reef which will help promote coral growth.

We are hoping a sign will be installed around the ring explaining the essence of the art work - the fight for the Elimination of Violence Against Women. 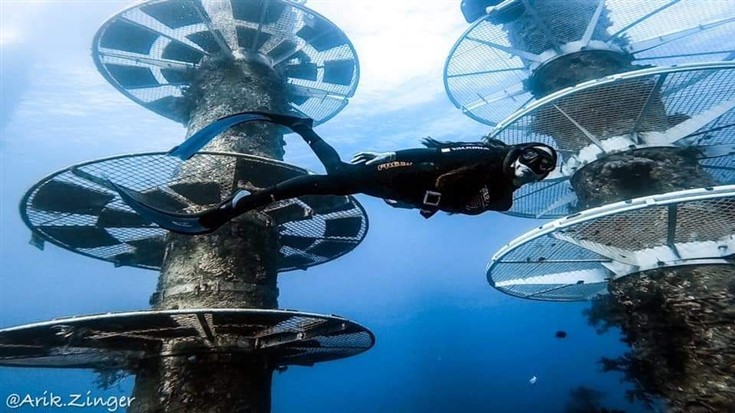 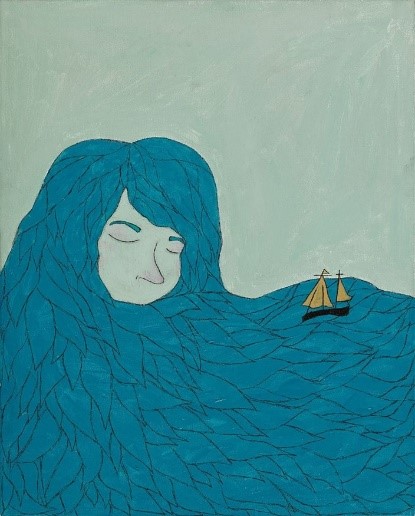 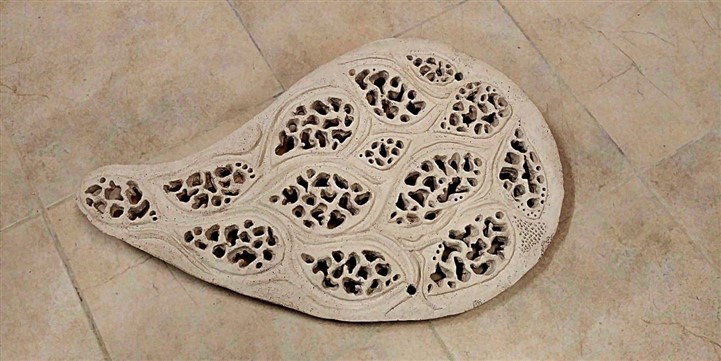 an example of a single "wave" - Ruth Hazi 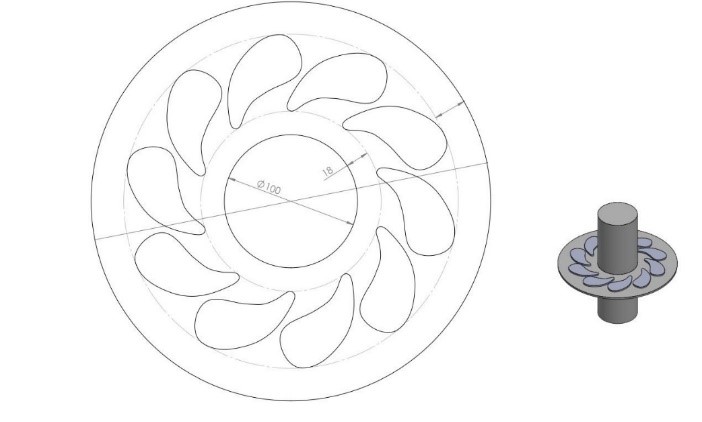 How can you help?

On the anniversary of Maya's death, we launched a mass funding campaign to raise the necessary amount, under the auspices of the Israeli Diving Association and with the support of a number of organizations and associations.

Any donation you can make will help bring us closer to the goal!

The Israel Diving Federation has an income tax certificate for donations.

Thanks to you, Maya's waves will keep on hitting and making a difference